Posted on February 27, 2016 by Matthew Mandarano

The three patients for the day.

These three games are located at the soon-to-open Abari bar arcade near downtown Charlotte, NC.

The owner, Zach, is looking to open March 1 and with everything else going on for the big opening, looked to some outside help on some small issues on a few of his machines.

Firstly, let me say that I really loved the space. Nice, just outside of downtown location, and filled with probably 20-30 arcade games from Ms. Pac Man to Turtles in Time to the coveted X-Men 6-player, and pins including these three, as well as Tron, WWF Royal Rumble, Addams Family, Demo Man, and NBA Fastbreak. I think it will be a great addition to Charlotte nightlife.

So, here were the issues that affected the machines: X-men was blowing F10 on startup, Hurricane direct switches weren’t working and Taxi’s ball gate was not holding up open long enough for the ball to get under into Gorbie’s hole.

By the time I arrived, Zach had already unplugged J6 from driver board of X-Men and had confirmed the fuse did not blow with that connector unplugged. This isolates the issue from the board and means, somewhere on the playfield, there was a short spiking back to the board through that connector and causing the fuse to blow.

F10 is the 20v line and connector J6 is the flashers in the game. Looking over all the above playfield flashers and ones directly below, I couldn’t see any direct shorts. However, there are about five flashers behind the back panel that you can only see from looking under when the game is in service mode. The one on the far right corner literally fell apart when I touched it. This had to be our culprit. I didn’t have any 89 sockets with me, so for the time being I removed the broken socket and tied the power line which daisy chains together and insulated both sets of wires. This bypassed the short and allowed all other in game flashers to work. One down!

There are several issues that can cause direct switches in WPC games to not work. However, the most common that I’ve run into is a loss of ground to the switches. On the Hurricane, I removed the button switches from the door and inspected the ground wire that runs between them, no issues there. However, there was some hacks done around the ground door which tied several grounds together with a twist connector. One wire was out and the ground was off the coin mech. I soldered the ground back to the coin mech and added our loose wire into the twist nut. Hurricane was back in test mode and good to go. 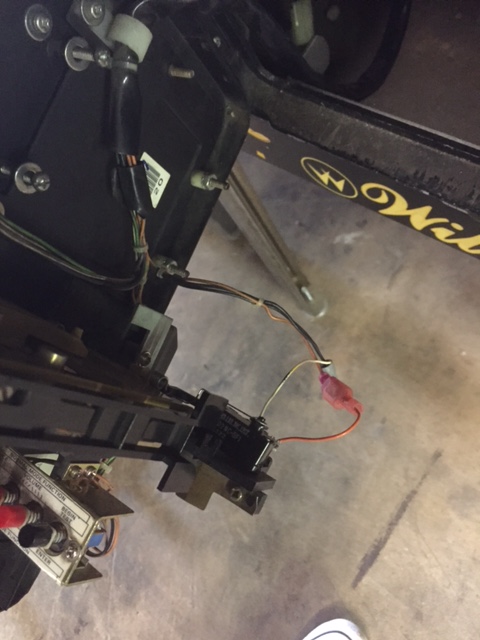 Taxi, our final patient for the day, took a little more time. Zach had bought another coil mech to replace the under playfield mech, but the original worked from an electronic standpoint, just didn’t seem to stay open long enough. After digging around for awhile, I figured out it was more a maladjustment physically than any issue with the mech itself. Over time the spring that goes to the gate and down had loosened some, causing the clearance on the mech to not be enough to pull it open all the way. Not having a spring to spec on hand, I used some creative problem solving and took two pieces of cardboard, folded them and put them in between the mech plate and playfield so when screwed in, it would give more tension on the spring with the extra space. 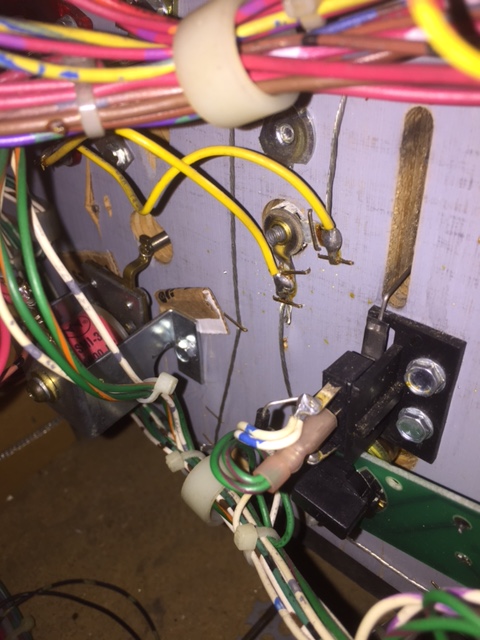 Creative use of cardboard to allow proper function of ball gate mech.

This was just enough clearance needed to allow the ball gate to open fully and give the needed time for the ball to hit Gorbie’s hole. 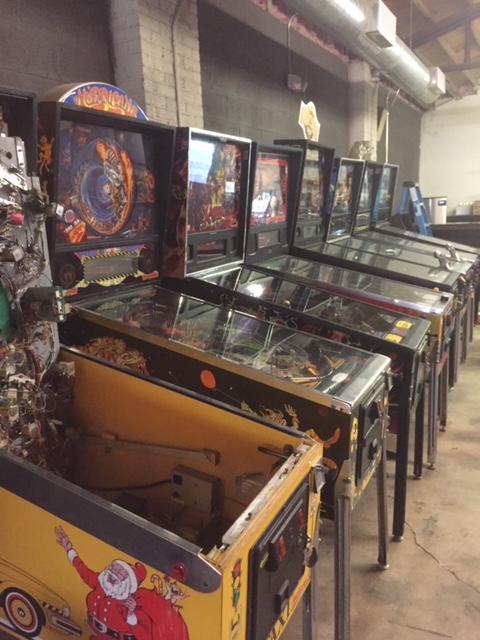 The full line up of pins at Abari in Charlotte.

Matthew is a cinematographer and video specialist by day and pinball fanatic at night. Somewhere in between he also finds time to play the guitar, collect vinyl records and watch a good deal of movies and TV shows.
View all posts by Matthew Mandarano →
This entry was posted in Uncategorized. Bookmark the permalink.