This Earthshaker was getting an “Adjustment Failure” at boot-up. This warning message immediately signals to me that their isn’t power hitting the U25 RAM, which holds the settings, high scores, etc. for the game when the game is powered off.

First thing to check is to make sure the batteries haven’t just gone bad. The three AA batteries mounted on the CPU send 4.5VDC to the last pin on the U25 RAM to power the RAM when the game is off. The voltage travels through diode D2 from the battery pack to pin 24 of U25.

Most of the time it’s not as easy as bad batteries. The next thing to check is if power is getting to D2. If it is not, then you likely have a failed battery pack (this is becoming increasingly common the older these games get). If power is making way to D2, but not U25, then test D2 and make sure it measures right. With your DMM on diode setting, you should get .4 to .6 volts one way, and when you flip flop your leads, should get a null or zero reading.

If everything tests proper down to U25 and you still aren’t getting voltage at pin 24, then it’s time to suspect the U25 RAM. This chip isn’t socketed and has to be desoldered and re-installed (with a socket!).

In this instance, the problem was the battery holder itself. So, I cut it off the board and soldered in a remote battery pack which rests safely off the board in the bottom of the head now. Not only does this correct our problem, but also is a safety measure to prevent future corrosion damage on the CPU if one of the AA batteries decided to explode. 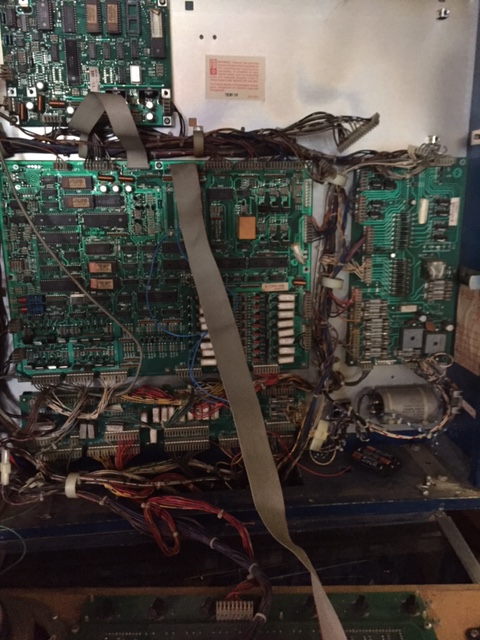 Matthew is a cinematographer and video specialist by day and pinball fanatic at night. Somewhere in between he also finds time to play the guitar, collect vinyl records and watch a good deal of movies and TV shows.
View all posts by Matthew Mandarano →
This entry was posted in General, Repairs and tagged Adjustment Failure, earthshaker, NC, north carolina, Pinball, repair, Williams. Bookmark the permalink.